From 9 to 10 May 2018, Dr Adam Schwartzkopff attended the APAC CCS Forum and Members Meeting in Shanghai, China. Following the meeting he visited a carbon dioxide capture plant in Shanghai.

From 12 May to 29 June 2018, Adam Schwartzkopff undertook his exchange in China, hosted by Prof. Qi Li at the Institute of Rock and Soil Mechanics, Chinese Academy of Sciences. During this visit he worked with researchers to characterise the material properties of tight sandstone found in China for use in predicting the hydraulic fracturing parameters. Hydraulic fracturing increases the permeability of the rock, which creates the ability to store more carbon dioxide in rock. He also gave a talk on “Predicting the initial conditions produced from hydraulic fracturing using fracture mechanics” at this Institute. During this exchange he was able to generate validated analytical tools to predict the maximum injection pressure of tight sandstone in a long pressurised section of borehole and to estimate the average crack radius from the pressure and volume during hydraulic fracturing.

This visit importantly strengthened the collaborative relationship between the University of Adelaide and the Institute of Rock and Soil Mechanics, the Chinese Academy of Sciences. 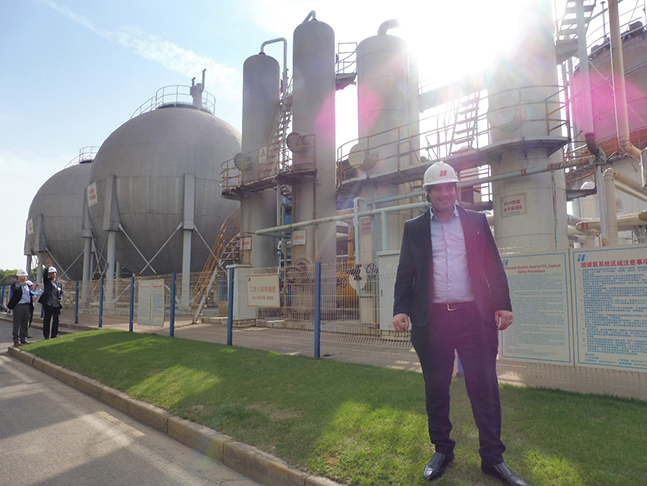